The worst Australian food of my childhood 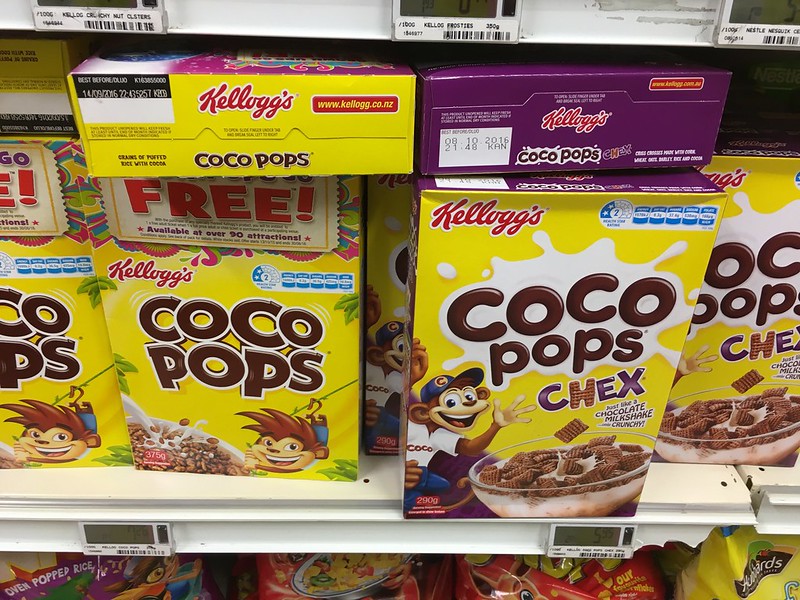 Australian food has improved stratospherically since I was a kid growing up in Wagga Wagga, Bathurst (and occasionally the UK) in the late 70s, all the 80s and the early 90s. Whether it was the food cooked at home, restaurant meals, or takeaways, overall, everything is better. Ingredients are better, people are generally better educated about food and cooking techniques, there is a better range of ingredients in supermarkets, more people are getting adventurous in the places they go to buy food, more people care about the providence of their food, the humble breakfast, brunch and lunch has been improved by cafe culture, food styling in cookbooks and magazines became more elegant, and modern Australian cuisine has evolved into one of the best fusion cuisines in the world.

But today I’m reflecting on the bad old days of Aussie cuisine. I’m sure Sam has her own memories of alarming Australian food from her own childhood too – here are some of mine.

3. Passion Pop: An underage drinking classic that has been responsible for rivers of juvenile vomit since 1977, it is a fizzy, 9.5% alcohol concoction that looks and tastes like a really sweet soft drink. It featured at some notorious backyard parties when I was a teenager, but I am truly disturbed to learn that Wikipedia describes it as an “Australian icon”. This is as bad as Fosters Lager being considered an iconic Australian beer when it’s just tourist juice. Click here to learn more about good Australian wines.

4.  Tuna mornay: A family dinner staple for so many Australian households even though it basically looks and smells like a plate of cat sick. From memory (because Googling a recipe is too traumatic) it’s a creamy slop of tinned tuna – usually John West – with bits of onion, maybe some egg, sometimes a few peas, and then some melted cheese and breadcrumb action on top. It’s all baked up and ready in about 15 minutes for a disappointed family.

5. Lamb chops: Don’t get me wrong, there are myriad excellent things that can be done with lamb chops. It’s just that when I was growing up, these excellent things seldom happened. The standard way for a lamb chop to be served in 1980s Australia was a grill cremation to ensure all tenderness was gone. A stringy, dry, hard little nugget of meat clung miserably to the bone. No amount of tomato sauce could save the day here. This was usually served with overcooked, watery vegetables. When I was 12, both parents were working full-time, my sister was only eight, so it fell on me to cook dinner. Before she went to work, Mum would leave some meat in the sink to defrost and when I got home from school, I had to turn it into dinner. When it was lamb chops, I was determined not to cremate them, especially as we were renting a house at the time with a life-endangering grill. Luckily, I found a recipe in a 1970s cookbook for casserole of lamb chops and I cooked them slowly in the oven in a tomatoey sauce. They stayed tender and I have never grilled lamb chops in my life.

6. Juicy Fruit chewing gum: I’m not sure if chewing gum even counts as a food – the first time I tried it – a pellet of PK Green – I swallowed it and was convinced I was going to die. I was about eight at the time and I never really got into it. I really don’t like talking to someone chewing gum – I hate the smell, I hate the wet, chomping noises, I hate seeing the chewed-up ball of foulness rolling around inside someone’s mouth. But my special chewing gum ire is reserved for the evil that is Juicy Fruit. The faux fruit smell is even worse than the cheap toothpaste stench of other brands. And I get flashbacks to Mum and Dad chewing Juicy Fruit on long car journeys as a kid – the Volvo was not air-conditioned, it was a six-hour drive from Wagga to the grandparents in Sydney, and on a hot Australian day, it was not fun. The car was a notorious motion sickness-inducer and eau de Juicy Fruit did not help. When I was 16, I crashed the car on my first-ever driving lesson. I cannot help but wonder if this was subconscious revenge on the world’s worst chewing gum.

7. Coco Pops: My mother was pretty health-conscious and, as a result, we were resolutely a Weet-Bix and porridge household rather than a Frosties-and-Coco Pops family. That was a good thing. Sugary breakfast cereals are pretty gross. But on family holidays, especially camping trips, it was a treat to have the value pack of eight little Kellogg’s breakfast cereal boxes every morning. The Coco Pops were invariably the first to go because we were never allowed to have them at any other time of year. But one day, on a holiday to Lake Tabourie on the New South Wales south coast, aged about 10, I realised I didn’t really like Coco Pops and never ate them again.

8. Wizz Fizz: Like cocaine for kids, this sugary sherbet was sold in little bags. It would, as the name suggests, fizz on your tongue. It even came with a little plastic spoon to shovel it into your mouth – and the spoon was probably a pretty accurate size for nose candy as well as the more innocent Wizz Fizz. It was a childhood treat that I never understood or liked, especially when there were Freddo frogs and Allen’s Killer Pythons to be bought from the Bathurst pool canteen. Like Juicy Fruit, I still get a gross-out flashback with Wizz Fizz – in this case, it’s because I couldn’t deal with the thought of someone sticking the spoon in their mouth and then back into the Wizz Fizz bag. By the end of the bag, there must have been an awful saliva-sherbet ratio going on, the powdery equivalent of backwash at the bottom of a soft drink can. Bizarrely, I do recall a conversation at the Bathurst pool when I was about 15 in which my friend Stephen and I discussed what the plural of Wizz Fizz might be. After rejecting Wizz Fizzes and Wizzes Fizz, we settled on Wizz Fi. We must have been such fun at parties.