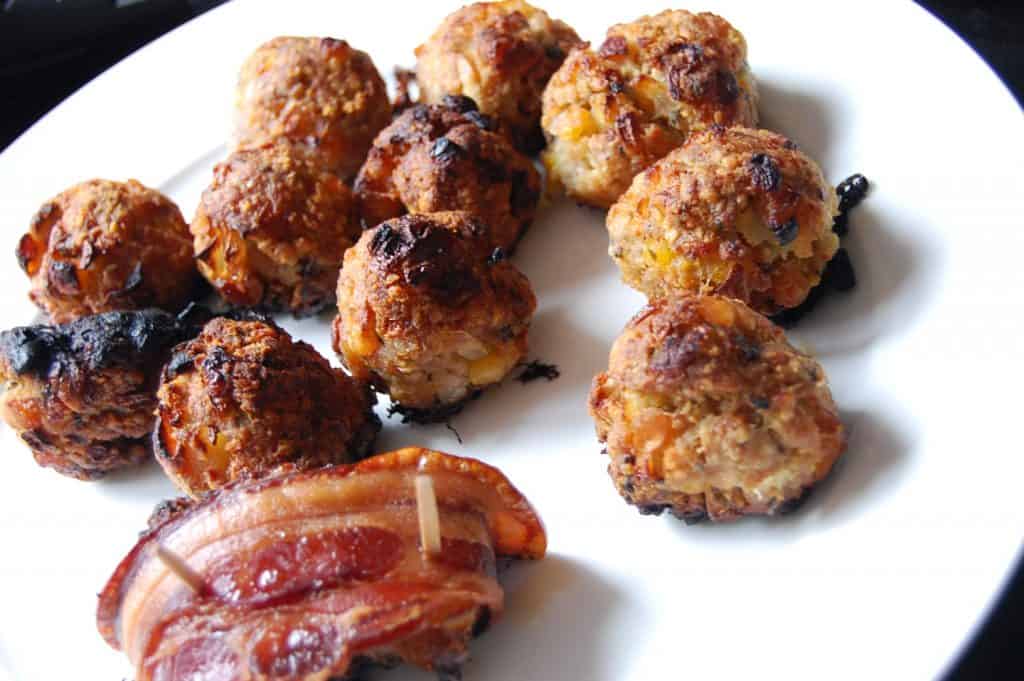 This Christmas, we panicked and bought a turkey that came with a layer of readymade stuffing smeared on top under a lattice of bacon. I regret this purchase after spotting what looked like a perfectly good unadorned turkey for two in the Co-op this morning but never mind – this year’s Christmas dinner is all about the side dishes.

As I am convinced the readymade stuffing will be awful, I have made extra stuffing to serve as a side dish.

I had a packet of 12 chipolatas for pigs-in-blankets but, as there’s only two of us for Christmas dinner, I decided to make six piggies and use the other six mini-bangers as the basis for a stuffing. Any breadcrumbs should be fine in this recipe but I like the texture panko breadcrumbs offer – plus I had plenty left over from my Christmas pudding recipe.

The diced pepper adds a touch of colour – it’s a nice change from the usual sage and onion stuffing and, as a bonus, this recipe does not involve traipsing around the shops during a supply chain crisis trying to find chestnuts.

Salt and pepper to taste