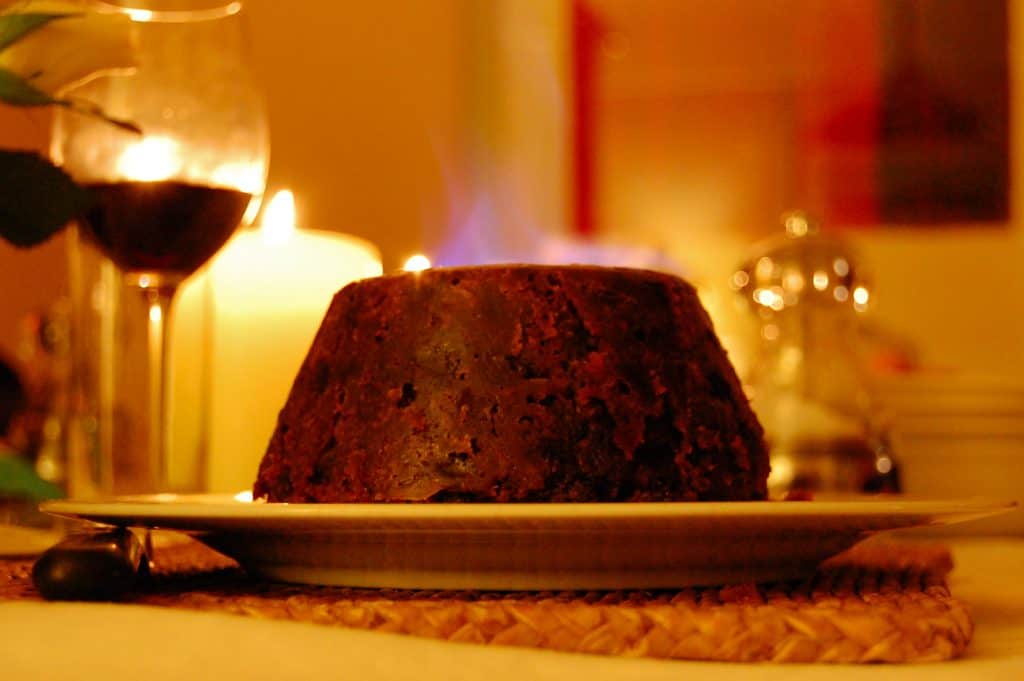 Preparation time: 30 mins plus overnight soaking for the fruit

Cooking time: 30 mins plus overnight soaking for the fruit

Christmas this year is going to be a scaled-back affair for many of us, including my husband and I. But I still love a pudding on Christmas Day so I made a smaller one for 2020 – that way, we’re not saddled with pudding until Easter. My godmother, Aunty Nance, used to make the Christmas pudding, complete with real Australian sixpences from the pre-decimal currency days. She’d fill it with booze and make it in about October. I still miss her. Mum would make the creamy brandy sauce to go with it.

In about 1986, Mum made the sauce and there was a splash of brandy left in the bottle. She found my grandfather, never a big drinker, in the kitchen swigging away straight from the bottle. When she asked him what he was doing, he said he thought it would be thrown away and didn’t want it go to waste. He was a child of the Great Depression, after all. Mum said the brandy was for the flambé. Pop, in all his innocence, said, “What’s a flambé?”. I still miss him too.

Aunty Nance’s pudding was seriously rich. Then, in 1989, Mum had a meltdown and decreed that we would no longer have the full hot meal for Christmas dinner. After all, there is something faintly ridiculous about eating something piping-hot and fit for Queen Victoria’s table on an Aussie summer day. So from 1989 onwards, we’d cook the turkey on Christmas Eve, to serve cold with ham and salads on Christmas Day. When it came time to serve Aunty Nance’s pudding, we’d appreciate it because we weren’t exploding with hot turkey and farting out sprouts.

Half a Bramley apple, grated