Messing around with spaghetti bolognese 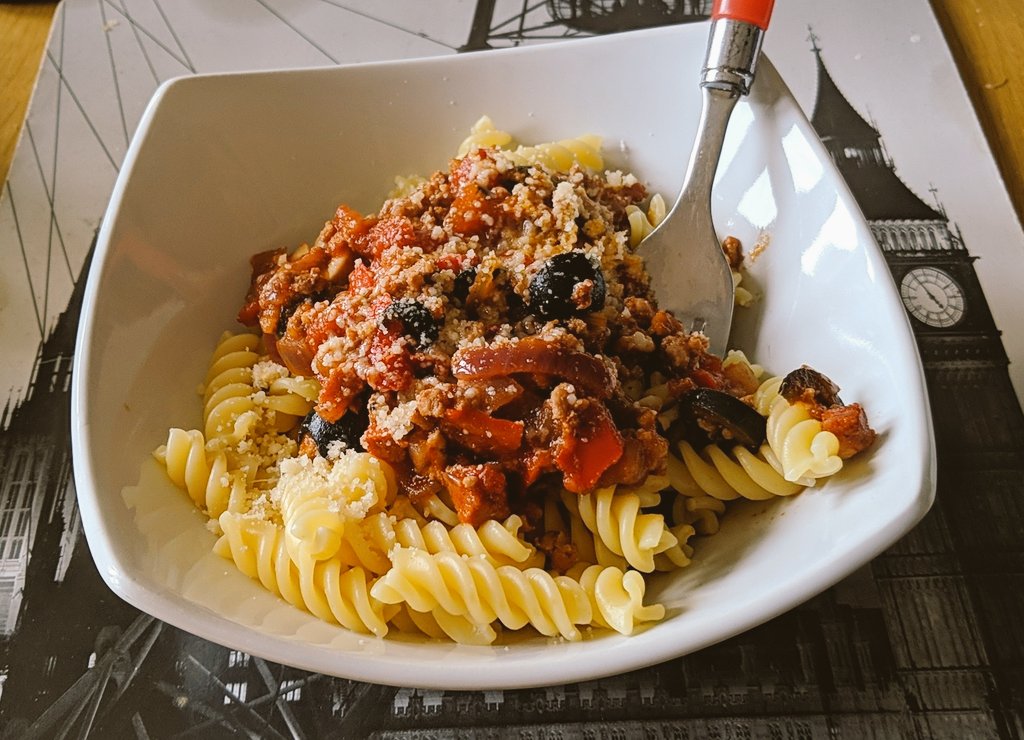 Spaghetti bolognese will always have a special place in my heart. It’s how I really got started with cooking. It was 1989, I was 12 going on 13, my family had moved from Wagga Wagga to Bathurst, a move of about 315km in the Australian state of New South Wales. I remember not being delighted about leaving my friends in Wagga after completing Year 7 at Kooringal High School, but I didn’t really have much choice. Dad’s Department of Education job had been abolished and he returned to classroom teaching at Kelso High School in Bathurst.

My parents bought a block of land on which they were building their perfect house but while it was under construction, we were renting a house that looked like a shoebox and was about as spacious. Mum went back to work full-time, my sister was only eight so not quite ready to cook dinner and the task fell to me. I’d get home from school every afternoon to find what meat Mum had left to defrost in the sink and for my debut as the family cook, it was beef mince. High school home economics classes taught me the basics of following a recipe, thanks to the Commonsense Cookery Book, which was written by the New South Wales Public School Cookery Teachers Association in 1920 and revised several times over the decades.

I dug out another Australian classic – the Australian Women’s Weekly Italian cookbooks – found the spaghetti bolognese recipe and went to work. I followed the recipe to the letter, a pleasing meaty red sauce was served on cooked spaghetti, and as Dad tucked in, he said, “You’ve done yourself proud.”. That really was all the encouragement I needed to keep cooking. It felt like high praise. I still smile at the memory.

Since that day in the summer of 1989, I’ve lost count of the number of times I’ve made spaghetti bolognese. It’s easy, it’s comforting and once you’ve made it a few times, you don’t really need a recipe. It’s the perfect dish for gaining confidence as a cook. It’s really hard to bugger it up. If the sauce is a bit runny, squirt in some tomato paste. If it’s too thick, add a little more stock.

And the best thing of all about spaghetti bolognese is that it doesn’t just have to be plain old spag bol. The purists may disagree but pretty much any time I make a bolognese, I’ll throw in something extra, especially if there’s something in the fridge that I need to use up. I might make like Mary Berry and use white wine rather than red wine if that’s all I have to hand. That caused an outcry, especially as Mary added a dollop of double cream too – I’ve tried that and it does add a certain richness. The spaghetti bolognese in the picture has added diced sweet red peppers and black olives.

So for this recipe, I’ve got the basics for an easy, serviceable never-fail spaghetti bolognese with a few hints for extras you might like to add along the way – feel free to experiment with extra ingredients of your own. As a bonus, it’s a pasta sauce that freezes really well so it’s ideal for batch cooking. When you really can’t be bothered to make dinner from scratch, it’s always pleasing to find a spag bol in the freezer that can be easily bunged in the microwave or reheated on the stove.