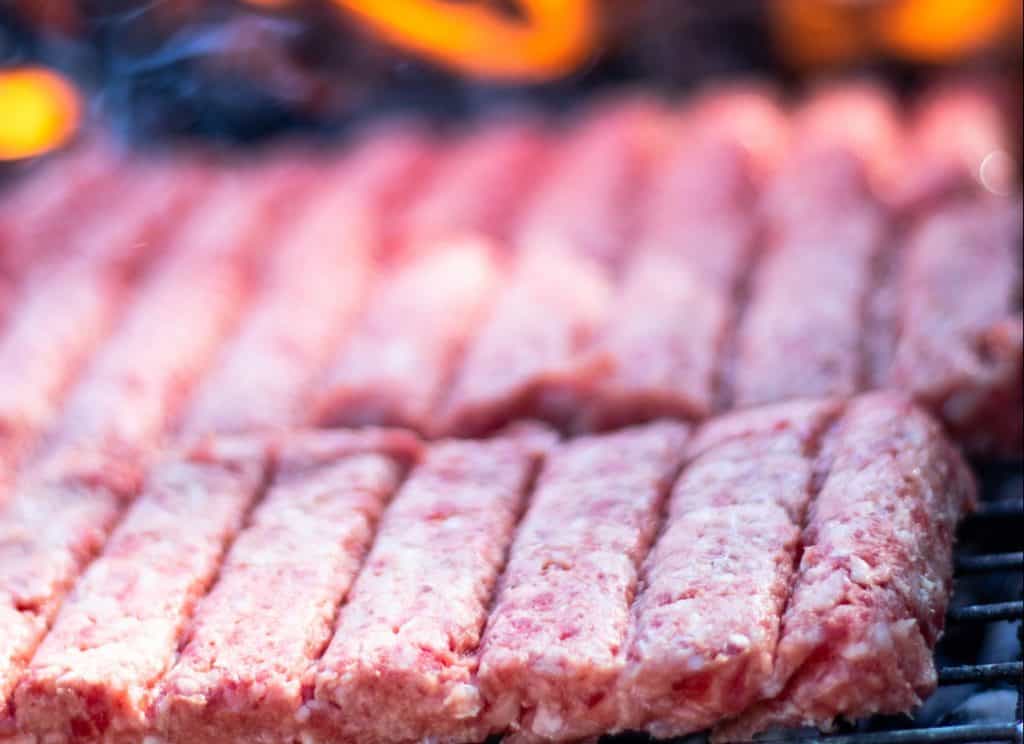 It is not widely known but there was significant immigration into Australia in the 1950s and 1960s from the former Yugoslavia.  I remember Mum buying cevapcici sausages at the supermarket in the late 70s and early 80s so the flavours of the Balkans were going mainstream in South Australia that long ago.

Many years later, I ate my body weight of these delicious morsels in Bosnia Herzegovina and Serbia.  Normally served as a starter in the Balkans, these are great as part of a BBQ or as a main with your choice of accompaniments.

The strange ingredient in these sausages is baking powder.  It seems weird but just go with it.  It works.

Mix everything well in a bowl.  Shape in to finger length sausages which are about 2cm thick.  Place in fridge for at least 30 mins to allow the flavour to develop.

These little sausages are best cooked on a BBQ or a griddle  but can easily be shallow fried.

Put the cottage cheese in a bowl and add the nigella seeds, fennel seeds and a squeeze of lemon juice.