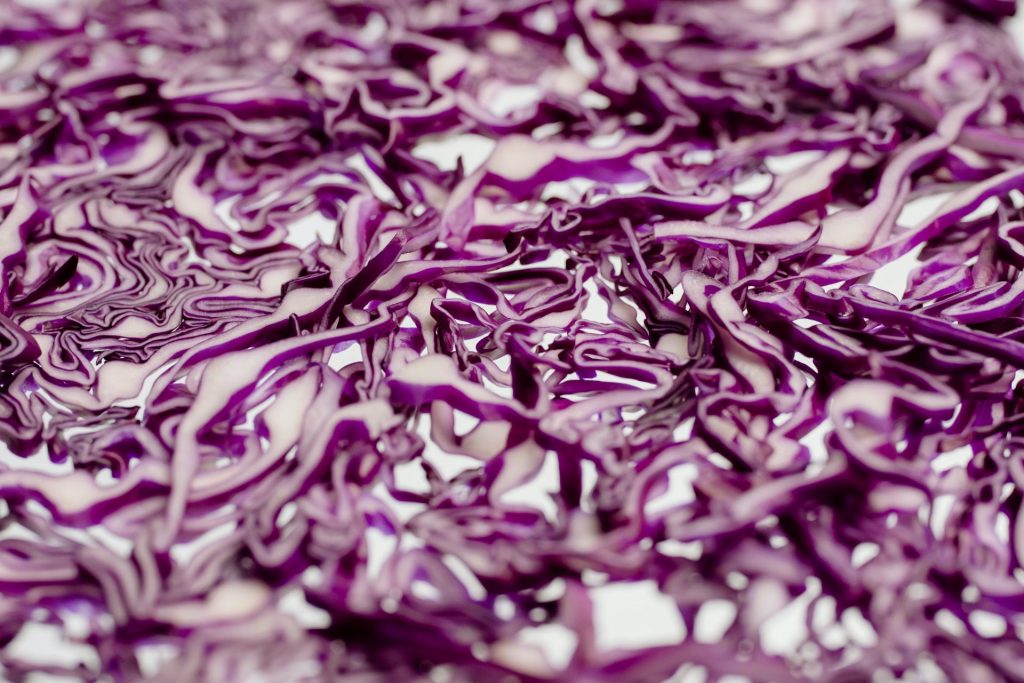 Cabbage, red, green or otherwise, hasn’t played an enormous role in my cookery over the years, apart from the occasional coleslaw and one attempt at Colcannon mash. But a few weeks ago, I had an urge to make a beef stir-fry – a mostly healthy concoction packed with vegetables galore. One of the vegetables I chose was red cabbage. It wasn’t because I was desperate to feel the smooth crunch of red cabbage in my mouth or taste its earthy (some would say farty…) flavours.

It was pure aesthetics. I just chose it because of the colour. Red cabbage is such a divine rich purple-red. It brightens up any dish, even if the flavour isn’t in my top 10 or even top 20.

But after I made the stir-fry, I still had half a red cabbage left over. So I turned it into two separate servings of braised red cabbage to serve as a bold side to other things, as well as a lively addition to sausage and egg butties. One was a fairly traditional braised red cabbage and for the second one, I added creme fraiche to make it, er, creamy.

Below is the recipe with the creme fraiche option, which is basically “add a good dollop of creme fraiche to the pot, let it warm through and serve to even the staunchest red cabbage naysayer”.

2 tablespoons vinegar (any vinegar is fine)