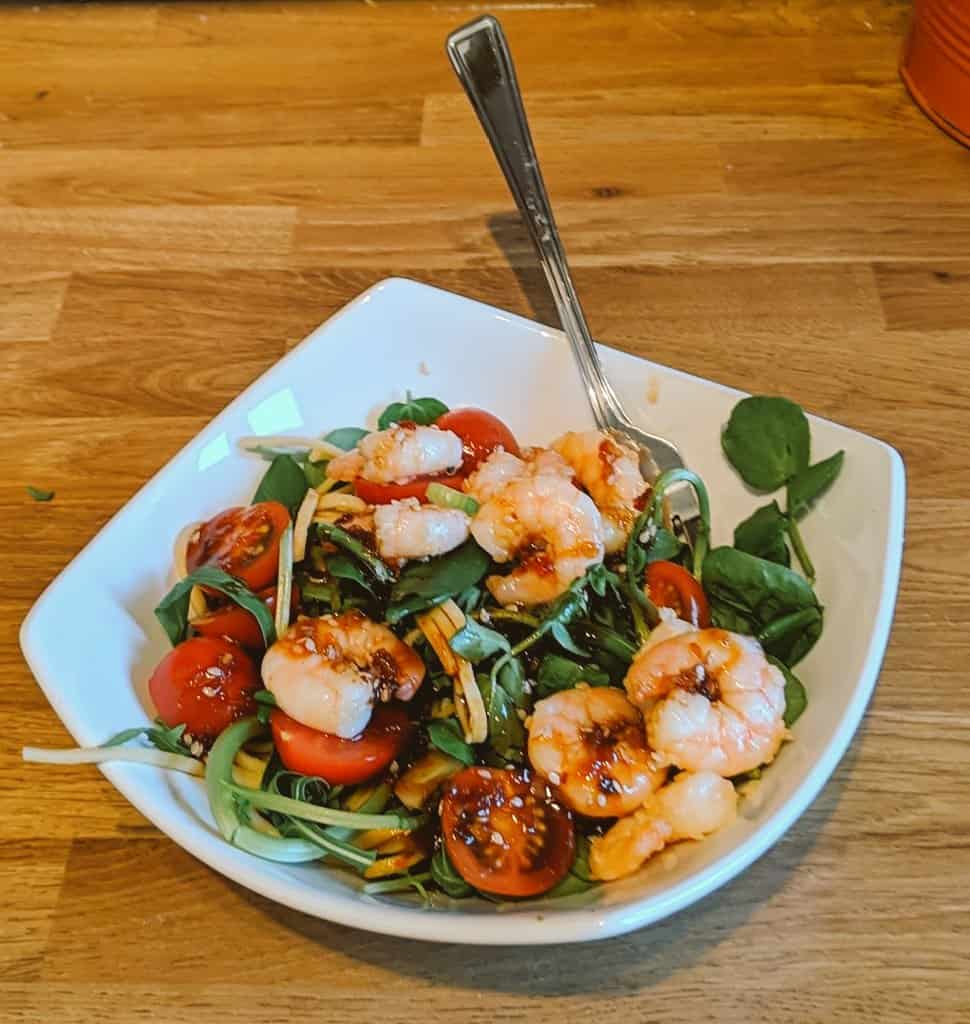 I am a salad dodger from way back. Usually, salad is a garnish as far as I’m concerned. But there are a few notable exceptions – the creamy pasta salad (which generally has very little in that is green or crunchy), Greek salads eaten in Greece (the insanely red tomatoes, the black olives the size of golf balls, the divine feta…) and salads with the flavours of Asia, particularly south-east Asia. The Thai beef salad is a staple of Sydney Thai restaurants. They make me homesick, along with the green curries.

So the other night, I thought I’d throw a Thai beef salad together after a weekend of eating all the stodge. But the Co-op only had one small, overpriced hunk of steak or some depressing mince in the beef section, so I had a rethink in the store and decided on a prawn and noodle salad instead. This made enough salad for a couple of days for the two of us. The big food cheat in this salad is the sneaky use of sweet chilli sauce as the basis for the dressing. It’s a simple way to ensure the salad has the right balance of umami, sweetness and heat.

Ideally, if you have a bowl full of greenery and noodles and you’re only feeding one or two people, make the salad dressing separately and keep it separate, rather than sloshing the whole damn lot over the greens. If you can’t get through the whole salad bowl and want to save it for later, it will only go soggy in the fridge if you dress the whole salad in advance. Similarly with this salad, chop the cherry tomatoes and cook the prawns just before serving. Again, these will just go soggy and grim in the fridge overnight if there are any leftovers.

As a bonus, the dressing can be warmed through and served on fish, chicken or pork, ideally with some crushed peanuts.